We are animal people, we have 5 cats and 2 dogs. We had some fish as well, but they passed on long before we relocated back here.

All of our pets are rescues…

My husband is 100% an animal lover, he will help anything, big or small. As much as he loves them all, he is more of a dog lover. He use to be allergic to cats (yes use to). He ‘out grew’ that allergy with the help of our oldest cat Moggi, hee-hee, oh I will never forget that day I walked into the lounge and there he was, licking away at my husbands bald head while he was watching some rugby, I almost doubled up with laughter.

This old boy was one of our fist pets we had in Bahrain. He wondered around the compound with some of the other strays. We fed as many as we could.

One day the old boy walked through the open kitchen door, strolled through the rest of the house, and well, that was it. He stayed. We took him to the vet, and at that stage they could only guess his age (about 2 or 3 years old) and told us that he had already been fixed, and was definitely owned by someone before he arrived in our home. And that as they say was that, we now had a cat.

This girl came to us as a very small flea invested puppy. She was abandoned at a house and was scared of everything. We initially thought that she might be a German-shepherd puppy but over time we realised that it was only the colouring that she got, she grew into a 100% Saluki.

She is majestic when she runs, she is fast and loves running in the small waves at the sea, chasing the birds wading in the water. She often takes a run at our cats as they dash through the garden, but the cats know her and they enjoy the play time, mostly. It is just the old man that does not do the chasing thing.

She is very shy and she did not like men for a long time, she still does not like people and hides when there are a lot of activity, but relaxes once she starts to get to know the people.

Abbi we got as a kitten, her mum was a rescue that was pregnant. She always was and still is quite a character. Fiesty and has attitude to go with her well outlined frame. She does not do cuddles or people, she graces you with her presences when and if she deems you worthy enough. I am the only one that can interact with her, she clearly has awesome taste (hee-hee).

She goes about her days happy to climb anything that is as high as possible, she loves eating and sleeping in her kingdom, which is the main bedroom and on top of my fridge.

Jesse is a mix boarder collie. We rescued her from some really mean and inhuman beings. (Anyone that is cruel to animals can not be human in our opinion)

They use to tie her on the roof or in the front of their home with a small square of grass as her reprieve from the middle eastern sun.

Eventually when she was about 6 months old she was taken away from the people and we adopted her. She had a few sharing issues, but with time she learned that there are always food and that she will not be alone, ever again.

She is very clever and does try her luck at being the alpha female, but that is part of her character as a breed I have read. She loves playing and loves being busy, she is a great guard dog, and all the other animals love her.

Yoda was a kitten when we got him from a friend. They have a Jack Russell (called Bullet) and this kitten was thrown over their fence, they were just in time to grab the little thing before Bullet could get to him.

Abbi took to him quite nicely. Her and Yoda spent loads of time together, until he became a teenager, then his fighting time started and everything got it.

He has settled down well and does not fight any more, they out grow that at about 2/3 years of age. He still pounces on Abbi every chance he gets and normally get a good smack bottom for his troubles.

He is a beauty though, and also quite a character that loves being around us.

Bob, my son rescued from a pool just after his swim training. He was a kitten and the other big cats in the area was fighting with him, and he landed up in a swimming pool. When Daniel took him out the pool he was still going on and hissing and growling, it was rather cute. He had a hole in his throat and he was very much malnourished.

We took him to the vet, I spent quite a few days and nights nursing him so he could become strong, and before long he was walking around our house. He took to the dogs very quickly, especially Annebella, he still often goes up to her and rubs up against her, purring. Annebelle still does not know what to do and tries to walk away with her head in the air, this only encourages him to try harder.

He is the smalles of our cats, and though he is fully grown he still looks like a young cat, but he is just small. Small he might be but his temper and personality is anything but, we call him Pshyco-Sid for a reason. He can go from cute and cuddly to a demented terror in about 2 seconds. He is harmless and mostly very entertaining.

This little boy (not so little anymore), is the last addition to our animal family.

My husband and son found him abandoned and very sick at a dumpster out side a compound. He was very very tiny, just a couple of days old. We took him to the vet and found that he had a huge open wound in his throat and on his tongue, he was flea ridden and very under fed.

We had to give him medication to heal the wound in his mouth and throat. I fed him with a syringe. It took a while but we got him strong enough and my son took over the ‘parenting’ role.

Panettone never made a sound, which was understandable. Now on the other hand he never stops ‘talking’. You hear him approach because he is always ‘talking’. He is now almost 2 years old and is big and strong and very adventurous.

Every one of our animals came with us, and it was quite a tedious and stressful process getting them ready for shipping. It was a very long trip, but they all made it to us and all were in good health. They love the new home and environment. It is a way cooler place then where they are from, but they all love it, they are all more active and explorative and spend a lot of time wondering outside.

We have not taken on any new animals, but always help where we can. 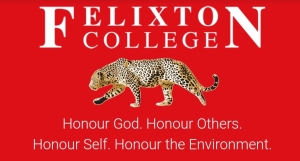